Language as a Communication Tool for all Sciences

Further to our article on Which languages do most people want to learn?, we propose here to dwell on the preoccupying issue of the Language as a Communication Tool for all Sciences between individuals as well as between communities and countries at the dawn of the Fourth Revolution, which today, all mass media worldwide refers to as the ‘Digital Revolution’ or the ‘Knowledge Revolution’.

In fact, the Fourth Revolution for most relate to the technological advances of cheap long distance, interactive communications, predicting that because of the current development of the technology, the reel revolution is deemed to happen, because it fundamentally increases the collective cognitive capability of humankind in a manner never possible before.

We propose the reading of a brilliant article written by Cedric Villani, a French academic under the title of “LA LANGUE DE CHEZ NOUS”.  We took the initiative of translating some of the first paragraphs for the subject’s historical background setting out.  We shall endeavour to bring in more of the same for the subject is an on-going as we speak topic and would most probably remain so with us in the foreseeable future.

This article dated back to February 2016 gives out also an idea of the current resentment perceived here and there towards the technological related ever increasing use of the English language.

The MENA region which is in our view itself, between the Anglo and Francophone worlds in its day to day relations with the world share in the same preoccupations.

A global language for science?

In 2013, the American geologist Scott Montgomery published a book entitled “Does Science need a Global Language?“

After over 200 pages of discussion, Montgomery answered YES… a fairly natural response: global business, science works according to global exchanges, and research articles should be accessible to all.

But as one might expect, the debate is more subtle, and the book was not all completely devoted to the question: it dealt with, more generally, of the delicate subject of the language of science communication and all that this implies.  Because «language is power.

Let us put the discussion back in a historical context. Simplifying by big strokes, we can say that the language of science was first Greek; then Arabic; then Latin.  The rediscovery of Greek authors, translated from Arabic into Latin, was a considerable upheaval in Europe in the 13th century…

During the Renaissance, Latin has established itself as the language of international scientific exchanges, for several centuries — Copernicus, Galileo, Newton, Euler will publish most of their major works in Latin.  In parallel, the scientific writings in common languages multiply; so Galileo wrote his scientific-polemics works in Italian ”Il saggiatore and Dialogo sopra i due massimi sistemi del mondo”, or as Euler writes in French his “Letters to a young German Princess”.  The first scientific journals appear in Paris and in London in the 17th century, and are published in the language of the country.

When Latin goes out of fashion, common languages take off.  For mathematicians, differential geometry perhaps best symbolizes this evolution: If Gauss publishes his famous “Theorema Egregium” of 1827 in Latin; it’s in German that his student Riemann posed, a quarter century later, the foundations of a general theory of non-Euclidean geometry.

However, it was not question to use all common languages; the multiplication of language barriers would have hindered the flow of ideas. On the other hand, as the European academics were all, at this time, more or less multilingual, it wasn’t a matter of letting several languages co-exist.  In the 19th century, three languages therefore got cleared: French, German and English – and, to a lesser extent, Italian.  Thus, Einstein published in 1905, his famous articles in German in “Annalen der Physik”, the most important journal of Physics of the time.  In fact, German was the dominant language in physics and chemistry, while French had the leadership in mathematics.

Came then the world wars!  Provisional annihilation of French and German Science at the end of the first world war; boycott of German scientists; rise of a generation of American scientists who wanted to publish in their own language; propulsion of American universities to the top global ranks, with the help of an economic boom and the massive immigration of European scientists…  All this made English establish itself as the dominant language as much in science as in world culture.  Beyond simple communication, linguistic domination was also a source of power and income in a world where the handling of knowledge became an economic issue.  Two other notable scientific languages of the 20th century, Russian and Japanese, remained rather confined to their respective spheres of influence, and got finally erased also.

Symbol of this evolution: in 1924, Einstein still took the trouble to translate the work of Bose from English into German; twenty years later, no one was thinking anymore of doing the same.  Another symbol: in the interwar years, Torsten Carleman, the greatest Swedish mathematician of his time, published in French, in German or (more rarely) in English; nowadays, his brilliant Nordic successors publish exclusively in English.  As for “Annalen der Physik”, it became a 100% Anglophone review, except for its title!

In search of the universal language of mathematicians

Where is the mathematics in this context? Without claiming to be a detailed study, we can find a reflection of the problem by studying the actions of the International Congress of mathematicians. 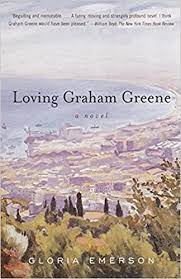