5 steps to reshape economic geography and rejuvenate the MENA

The Brookings’ FUTURE DEVELOPMENT elaborated these 5 steps to reshape economic geography and rejuvenate the MENA this Friday, September 20, 2019, as a demonstration that it is possible to do so. The story is by Somik V. Lall and Ayah Mahgoub. Here it is.

The destinies of people in the Middle East and North Africa are shaped more by accidents of where they were born than in any other part of the world (Figure 1). This is considered a problem by governments in the region, and it should be. They have tried many ways to respond to the needs of people in lagging areas; much money has been spent on investment in these places. Thus, to add jobs in poorer areas, policymakers have tried to strong-arm new production facilities into these areas. To meet the need for decent homes and amenities in poor urban neighborhoods, money has been poured into massive housing projects.

Even so, spatial disparities continue to grow, or are closing more slowly than would be expected given the volume of investment directed to these locations. The main reason: the causes of spatial exclusion are not locational and physical but are economic and institutional.

Figure 1: With a few exceptions such as Jordan, spatial inequality is higher in MENA

WHY IS MENA SO FRAGMENTED?

Why is territorial convergence so difficult? In a report that we just completed at the World Bank, we identified four reasons.

Notice that while they result in spatial inequalities of opportunity, the reasons for fragmentation are not themselves spatial.

Increasing the pace of integration and convergence will require fixing these problems. Governments in the region can reduce territorial disparities quickly and effectively by doing five things:

Figure 3: Just 14 percent of MENA’s people have left their place of birth, compared with 28 percent in countries elsewhere

In other words, MENA’s governments have to start putting together a modern convergence machine. The main parts of the machine are institutions that integrate and infrastructure that connects. MENA is no longer a poor place: Last year, the region’s GDP per capita was nearly $7,000 placing it comfortably in upper middle-income levels. Its people should have access to quality basic services such as education, clinics, sanitation, and public security. Well-chosen infrastructure initiatives—roads, railways, ports and communication facilities—can provide its entrepreneurs access to the region’s sizeable markets (the region’s GDP is $3 trillion) and even bigger nearby markets to MENA’s north and east. Spatially targeted interventions might also be needed, but they are not the main components of the machine.

Perhaps the biggest mistake that governments have been making is to regard these interventions—programs to push economic activity into lagging areas while simultaneously favoring capital cities—as the mainstay of the machine. It’s time to stop these self-defeating measures that exacerbate fragmentation in MENA, and speed up efforts to engineer integration.

World Bank Report on Algeria: The Truth Behind the Controversy

Originally posted on Politicsblog.net:
The latest monitoring report on the economic situation in Algeria by the World Bank proved controversial. Government representatives and media outlets objected to the findings published on December 22, writes our correspondent. In the report, the World Bank depicts a gloomy situation of the economy in Algeria, which not only… 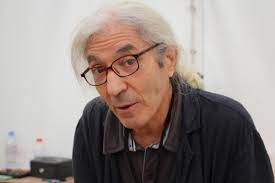 Originally posted on books touched by Africa:
Forget about 1984?Forget about George Orwell? Read 2084!Remember Boualem Sansal! Do you want to know what can happen later on in this century? Maybe during your lifetime? Or just a few years after your death? Read this fascinating novel by the Algerian writer Boualem Sansal. Let us travel…