Funding for Climate Action in the MENA 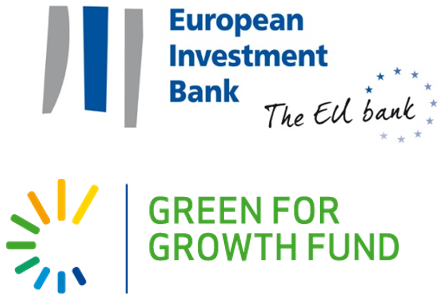 The Green for Growth Fund (GGF), an impact investment fund advised by Finance in Motion, has attracted EUR 4 million in dedicated funding from the initiative Climate Action in the Middle East North Africa (CAMENA). Combined with EUR 5 million in support from the European Investment Bank (EIB) through the Luxembourg-EIB Climate Finance Platform in 2018, the GGF has increased its capacity to leverage further private investments for green lending in the region.

Created with the support of the U.K. Department for International Development, CAMENA is managed by the EIB as an initiative to help countries in the Southern Mediterranean fight climate change by funding targeted climate initiatives and vehicles, like the GGF. The EIB is also supporting the GGF’s efforts to drive climate action by providing additional funding through the Luxembourg-EIB Climate Finance Platform. The investments will be used to strengthen the GGF’s “C-shares”, a special risk-absorbing layer that enables the fund to attract private capital – which is crucial for channelling higher volumes of investment to achieve maximum impact.

The GGF has seen remarkable growth in its MENA investment portfolio, which increased by over 50% in volume in 2018 to cross the EUR 133 million mark. The GGF leverages public and private capital to fund pioneering green energy initiatives such as the Phoenix 50MW sub-project of the Benban Solar Park in Egypt, the largest solar farm in the world.

“Mobilising private finance for climate action projects in the MENA region is a key priority for the EU Bank.  That is why I am very pleased that we have finalised this investment in the Green for Growth Fund. We believe this support is an important signal of confidence in the fund’s potential. We expect that our commitment, which is strengthening the special risk absorbing a layer of the fund, will attract additional finance from the private sector to support transformative green energy projects in the region” said Barbara Boos, head of the Infrastructure Funds and Climate Action division of the EIB.

“As a co-initiator of the GGF, EIB has been instrumental in supporting green energy initiatives in the MENA region through their trust funds. We value partners like the EIB, whose contributions absorb market risks so as to attract additional private investments, thus helping to make green finance mainstream,” said GGF Chairman Olaf Zymelka. “These kinds of initiatives enable funds like the GGF to become a testament to the power public capital can wield in engaging private capital,” he added.

Lloyd Stevens, Director at GGF advisor Finance in Motion, added: “The MENA region is highly susceptible to climate change on account of its water scarcity, high dependence on climate-sensitive agriculture, and concentration of population and economic activity in urban coastal zones. Therefore, we consider it crucial for the GGF to have a positive environmental impact in the region by promoting energy and resource efficiency, and the development of renewable energy sources.”
Distributed by APO Group on behalf of European Investment Bank (EIB).
Media files